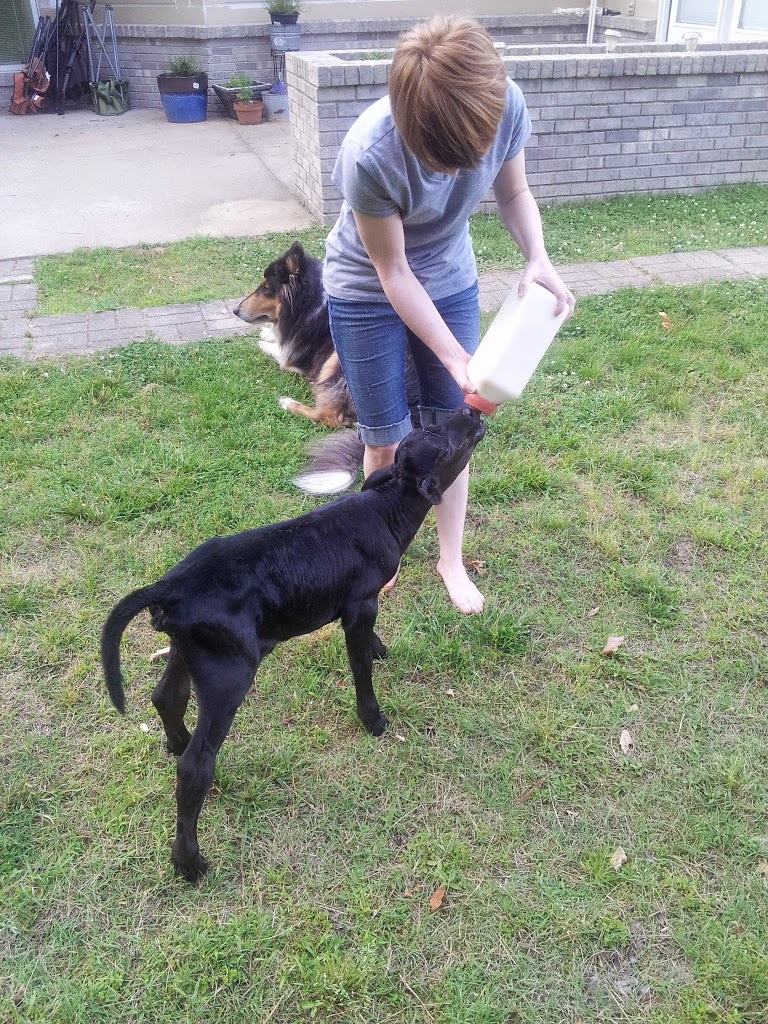 I feel it’s been an unpardonably long time since I made any kind of post. I assure you, it’s not due to laziness.

First, I had to finish up the semester, a challenge all by itself. Then we left on vacation the day after my last set of papers was due.

Vacation has been an amazing time to recharge and rethink some things, especially about the way I use technology. I’ve often noticed that when I’m away from home, my technology usage decreases to a marked degree. That’s been especially true on this trip. My cousin’s farm has little cell phone signal, and her family makes a point to limit technology usage for themselves and their son.

So instead of spending Memorial Day weekend perusing Tumblr, getting into stressful arguments on Facebook, and getting suckered back into work through e-mail, I spent the weekend: playing with baby goats; swimming/tubing in the creek; getting chased by a snake in the creek; saving the world through several rounds of the board game Pandemic; eating home-cooked meals with family; feeding a baby calf who was born sickly but is fixing to survive after all; enjoying the world’ best chocolate cake; and reconnecting with an important part of myself through reminiscing with an aunt and watching old family videos with “the next generation” (i.e. my cousin’s kid). I had some seriously awesome and bittersweet memories of my grandparents, and realized through those videos how much my 30-year-old self is beginning to resemble them in personality.

I’m reminded all over again that technology is what you make of it. It served us well by allowing us to stay connected (when needed) to pet-sitters and sick family members back home, and it gave me a valuable and much-needed trip down Memory Lane; but it functioned well because we chose when to use it, and didn’t just default to it every time there was a lull. We had so many other, richer experiences in the meantime.

We visited a friend after my cousin’s house, and that’s where we are now. I like to think we’ve done a good mix of techno and real at this location too. While I’m obviously blogging, and got caught up on free reading of some other blogs, we also spent a lot of time outdoors. We discovered a trail that forbids one from climbing on rocks, but then has rocks in the middle of the trail; we discovered that I am The Centipede Whisperer, owing to the disproportionate number of centipedes that have scurried toward me on this trip; and we stood by a waterfall that gives those water-spray cooling centers at the zoo a run for their money.

Who knows what the rest of the trip will hold? I hope to get inspired and get back to blogging once we return home. I’ve already got some thoughts percolating for a rather scathing review of Hannibal, Season 2, which is, in my opinion, some of the laziest writing I’ve seen in recent history. Around June 6 I’ll be reviewing the book-to-movie of Fault In Our Stars, that is, if I can stop crying long enough to type. I may do something with the whole #YesAllWomen hashtag, although that’s been covered by so many brilliant bloggers already.

And by the way, a huge shout-out to The Junia Project blog. They featured my “Feminism: Friend or Foe?” post this week, and will post Part II shortly. I respect them and the work they’re doing for Christian egalitarianism, so to say I’m excited is an understatement. Go check them out (but read more than just my guest blog…they have lots of food for thought).