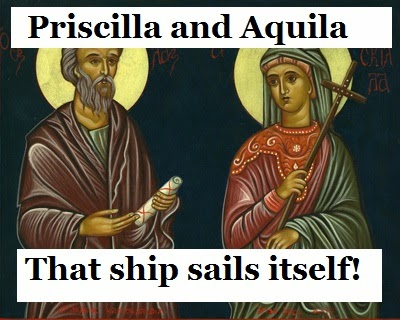 I’ve said it before, and I’ll say it again. Twitter is the worst medium for discussing controversial subject matter.
The character limitations are too short to allow complexity of thought, but just long enough to tempt you into believing you can communicate complexity. The result is snappy, pithy sound bites that usually offend and almost never contain the nuance and concessions required to deal with tricky topics.
So I think we can all agree that Twitter is not the appropriate forum to speculate whether someone is a heretic.
**Update as of May 22: The original tweeter, Owen Strachan, has since gone public to state that he meant there to be a distinction between being a heretic and teaching a heresy, and that that distinction got lost in translation over Twitter. I REST MY CASE.**

(On a related note, does anyone else find that word hilarious? I always picture a tick with really bad theology, I’m not gonna lie. I was going to post a picture of a tick but I got nauseous looking at them).
I really don’t know what else needs explaining about this. Whether you’re bidding Rob Bell “goodbye” or suggesting that calling God “she” is on par with heresy, discussing the validity of a certain theology over Twitter is just plain silly. An exercise in futility. It can’t adequately be done. It makes you look impatient, foolish, and judgmental, even if that is not your actual character or intent. In what other manner can we communicate this idea so people will listen? Stop. Using. Twitter. To. Declare. Heretics.
Important points of theology (and yes, heresy) have always been decided through careful reflection by real people together in real life locations. I mean, can you imagine what would have happened if, say, arguments over the validity of Gnosticism had happened over Twitter?

Yeah, that never would’ve been settled.
Oh gosh…what if they’d had a Tumblr thread to canonize the books of the New Testament? Have you seenTumblr threads these-a-days? People go Godzilla on each other over whether the Sherlock writers included gay subtext between Watson and Holmes, can you even imagine trying to hash out something as important as which early church letters God inspired, and what they mean? Not to mention all the ridiculous picture memes we would’ve been subjected to:

What if Martin Luther had pinned his 95 Theses to Pinterest? Who would have re-pinned it? Would you? Would the church at the time have crafted a rebuttal pin? (Wait, for real, do you think a nail in a door could be considered a pin? Holy crap, guys…did he invent Pinterest?) On a related note, d’you think they would have set up Paypal accounts for indulgences?
Was the Council of Nicea a Facebook group that drafted its creed through status updates? No. Do you think people debated the validity of holy relics by sharing Instagram photos of them? I don’t think so. Did the apostles text each other when they had a disagreement about how to evangelize? Please.
On a serious note, though: I know it’s tempting to fire off what you think is the wittiest sentence in the world about whichever person makes you the maddest. I’ve done it too, more times than I’d like to admit. But please refrain. Just remember that no one can adequately discuss something as serious as another person’s faith in 140 characters.
And remember that every time you try, all of us are driven one step closer to insanity through sheer annoyance.