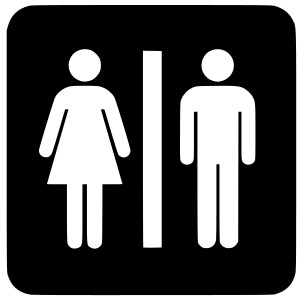 In all our discussions of egalitarianism vs. complementarianism here at Observational Ginger, very important questions occasionally arise from readers. My oldest childhood friend inspired today’s topic with a question she asked long ago. My answer then was dreadfully inadequate, and since it’s a common question anyway, I thought I’d take a blog post to soothe everyone’s curiosity. (With the understanding that it tackles the question in general and isn’t a specific response to her situation).

The question: Does being egalitarian mean you must live in a way that eschews traditional gender roles?

Does it mean dividing up everything 50/50 no matter what? Is it wrong if the husband makes decisions sometimes, if the wife stays home, if they don’t divide household chores down the middle like kids divvying up the backseat of a car?

In other words, does egalitarianism prescribe a certain life mold the way complementarianism often does—just a mold on the opposite side of the spectrum?

The short answer, of course, is no. Being egalitarian doesn’t mean you have to live out a certain pattern.

In fact, that’s rather the point. In theory, egalitarianism should free couples from constraints they might feel about how they “should” do things. Most complementarian couples in mainstream churches seem to be okay with some amount of flexibility in how they arrange their lives, but there are areas many still see as uncomfortable, such as women pastors, stay-at-home fathers, or wives who make most family decisions. Egalitarianism removes those boundaries and frees couples to pattern their lives according to however God has gifted them—including following desires that happen to fall along “traditional” gender lines.

For example, a naturally decisive, outgoing man might marry a naturally reserved, type B personality woman. The personalities God gifted them with might lead to a situation where the man makes more decisions or is the energy behind the family’s direction. That’s fine. However, it crosses the line into complementarianism if that couple believes God wants every man to be that way, and every woman to hold herself behind her husband’s lead. If they believe that a type A wife and type B husband are failing to honor God’s gender design, then we have a problem. (With a capital P, and that rhymes with C, and that stands for Complementarianism.)

And it goes without saying that the type A husband must still recognize his wife’s equality in family decision-making, even if she doesn’t exercise it all the time. (Ditto the type A wife to the type B husband, as in my household).

For another example, an egalitarian wife might decide to stay home with a baby. Perhaps they don’t want to use outside childcare and the husband makes more money. Maybe Mom simply wants to stay home. Maybe she’s not done with school and can’t handle kid, school, and work at the same time. Who knows! A complementarian couple, though, might make that choice simply because they’re reluctant to go against what they believe is God’s design for mothers—nurturing—and God’s design for fathers—breadwinning. The egalitarian couple would know that they were free to reverse their arrangement should circumstance or desires change; the complementarian couple might not feel that freedom.

Ditto with chores and such. I’m amazing at organizing and keeping track of things, while J has been known to lose items he was in the middle of eating, so I take on the traditionally feminine role of household organization. But we don’t believe that I’m doing this because God made me female, or that J refrains because God made him male; it’s just who we are. And we realize that J could take over this job with enough practice if some pressing situation took me away from home more often.

The bottom line is not how you and your partner choose to live but why you made that choice. Was it based on your gifts, desires, or maybe circumstances outside your control? Or was it based on a belief that God only sanctions a limited range of choices?

If this is the case, though, why do so many egalitarians seem to actively advocate for nontraditional choices? Why does it seem like we always champion nontraditional people if that’s not inherently “better” or necessarily “more egalitarian”?

Tune in tomorrow for that discussion!

2 thoughts on “Is Egalitarianism Prescriptive or Descriptive?”